Watching this video is guaranteed to bring a smile to your face, and style to your wardrobe.


And her method really works too.

I also love her hair, dress and glasses. 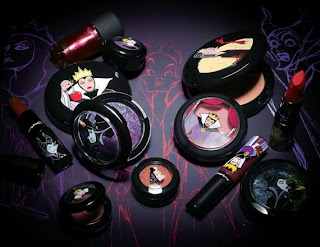 M.A.C. and Disney have joined forces to create the perfect make-up for me.

The key to wearing this collection is "straight up confidence".

From over the fence

The nanny next door popped by this morning to borrow my kitchen scales. Her two charges (Mr. Man 4 and Missy Moo 3) were at preschool for the day and she had promised them that when they return this afternoon they would make jam together. Because that's just how fabulous Ninny is, because Mr. Man thought it would be nice to make jam for his dad's birthday and decided it should be melon jam, and Ninny did not say "Don't be ridiculous, we'll just make him a lovely card instead," which is certainly what I would have said. So she needed the scales to measure out the melon so it would be all ready for this afternoon's activity. Dear dear Ninny, where were you 14 years ago when I needed you most? Ah, yes, that's right... you were looking after Charlie and Annabelle in their New York penthouse. Of course.

Naturally, I invited Ninny to join me for a cup of tea and a slice of cake and a good old chit-chat. I really wanted her to stay and read me a story and make me Vegemite sandwiches for lunch and put me down for my nap, but she didn't have that much time today. Ninny was, however, delighted to have a little chat and to tell me all about the trouble she has with the very naughty David Tennant. She explained that despite being a great Dr. Who fan, she highly disapproves of Mr. Tennant, and has reprimanded him in writing twice already.

You see, Ninny has a passion for children's books. This is not a general passion for juvenile literature, but a very specific passion for the books which her babies (that's what she says - "my babies" - with a Mary Poppinish sparkle in her clear blue eyes) adore. Mr. Man and Missy Moo are crazy mad in love with all of the Hairy Maclairy books. This is of particular delight to me because it was I who bought them the very first book in the series, and this book has therefore formed a very strong bond between me and Ninny. Books do that sometimes, and apart from anything else it was Hairy Maclairy (from Donaldson's dairy) who first taught my own sweet baby Ms. Commentbox to rhyme, and the day she remembered that Schnitzel von Krum had a very low tum was a particular highlight of my younger mothering years. But I digress.

So Ninny wrote to the Maclairy books' author - Lynley Dodd, telling her how much her babies love her books. Ninny included the cutest photo of the two babies posing sweetly with their books, and a little "thank you picture" they each drew for her. Ninny thinks that Lynley Dodd is wonderful because she replied immediately with a handwritten letter which included the sweetest sketch of Hairy waving his paw and saying hello to the babies. Darling.

Such was Ninny's enthusiasm for this literary bonding that she proceeded to write similar fan letters (together with her babies, who were terribly excited as well) to Lucy Cousins whose Maisy books bring such joy, as well as to Jane O'Connor of Fancy Nancy fame. Maisy's creator wrote back on a Maisy card, Nancy's creator wrote back on the sweetest Fancy Nancy stationery. They are both wonderful authors.

But then, one day, the babies were given a present (not by me, I swear it) of a CD of Hairy Maclary, narrated by David Tennant (it's now on the iPad too, apparently). The babies were so taken by his narration that Ninny thought it would only be right to write immediately to Mr. Tennant so as to tell him how adored he is in this little household in Sydney, Australia. Mr. Man and Missy Moo both dictated short letters of thanks, posed for the photograph and eagerly awaited Mr. Tennant's response.

Several weeks later, to Ninny's delight, an envelope arrived which she opened with great fanfare while watched excitedly by the babies. The envelope contained a small photograph of Mr. Tennant dressed as Dr. Who, with a scribbled signature on the bottom right corner. Ninny was deeply offended. What idiot, she wondered, would receive a fan letter from LITTLE CHILDREN and not realise that a PROPER response was needed, preferably with some understanding of the fact that they were not tiny Dr. Who fans but, in fact, INNOCENT LITTLE CHILDREN WHO LOVE HIS NARRATION OF HAIRY MACLAIRY.

So Ninny sent off another letter, explaining this fact (most politely, of course) and including a stamped self-addressed envelope for ease of return communication. Several months passed with no response. The babies have not forgotten this and still, months and months later, check the mailbox DAILY to see if Mr. Tennant has responded to their fan letters. So Ninny sent a third letter, still polite, but somewhat more.... adament, especially as Missy Moo (particularly heartbroken) has taken to proclaiming that Mr. Tennant is very naughty and rude.

You see, Ninny doesn't only teach her babies to love stories and pictures and make jam from scratch, she also teaches them the importance of going out of your way to thank someone even if they live very far away from you and have no idea who you are.

Ninny admitted to me that she doesn't have a computer and never goes on the Internet, but I must say that her spirit is a blogging spirit of the highest order. As she cheerfully talked and sipped her tea I had the craziest vision of the kind of blog beautiful Ninny could create, how popular she'd be, and how much love and happiness she would spread around the globe. But for the moment, she's all MINE (and the babies' too, naturally).
Posted by Eleanor at 4:42 PM 12 comments: